A Warning to the American Ruling Class: Gaslighting Damage Cannot Be Easily Undone 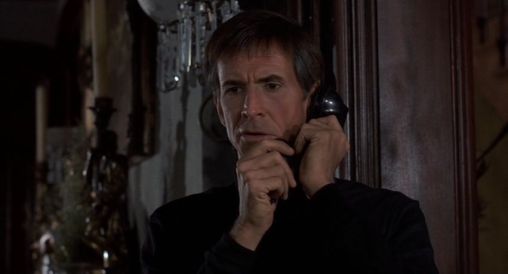 Uh-oh, Norman is getting confused again.

During the Halloween season I like to watch some old horror favorites. While watching Psycho 2, the plot reminded me of how the U.S. ruling class gaslights the American public, which serves to drive people (particularly already conservative-types) quite insane over time.

In Psycho 2, Norman Bates, the maniac killer who had a split personality* where he at times thought he was his dead mother (who he had murdered years ago), has returned from an insane asylum. He has been supposedly rehabilitated and cured of his “confusion,” but the sister of his victim (from the famous shower scene) doesn’t believe he has changed, or at any rate she wants revenge for her sister’s death by having him recommitted and locked up for good. She enlists her daughter’s help in gaslighting him, by trying to convince him in various ways, that his mother is actually still alive.

Eventually, however, the daughter begins to feel guilty as she comes to believe that Norman really has changed. The problem is that when she confesses the plot to Norman, he has trouble believing her because the damage has already been done. When Norman begins to act on his delusions and behaves in an increasingly irrational and threatening manner, as a last-ditch effort the daughter tries one more gaslighting tactic in a futile attempt to undo the gaslighting already done. Needless to say, it doesn’t work.

This is a great analogy for how the American ruling class has, through all media sources (including entertainment), gaslighted the American people over the years into being the deluded, conservative, superstitious, ignorant, arrogant, anti-communist maniacs that they are. Now, as the capitalist system comes under increasing stress and crisis there is a danger that the American public will devolve into open fascism that, while employed to come to capitalism’s rescue in the mid-20th century, also threatened to wreck the entire system with the madness that spun out of their control. As with the madness that consumed Norman Bates, it could prove difficult, if not impossible, to put that genie back in the bottle.

* Also called Multiple Personality Disorder or Dissociative Identity Disorder. This is a highly controversial diagnosis that may be iatrogenic – caused by mental health practitioners who actually put this twisted idea into their patient’s heads!

1 Response to A Warning to the American Ruling Class: Gaslighting Damage Cannot Be Easily Undone